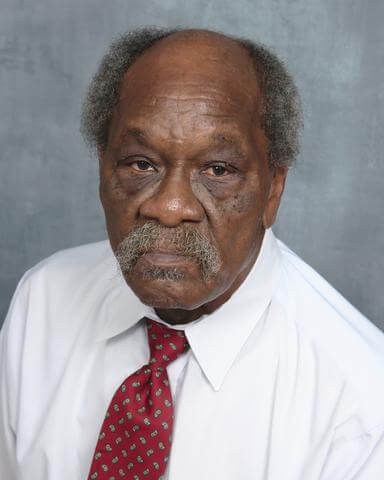 Alumnus and Professor Emeritus Lewis Thigpen, Ph.D., PE (BSME ’64) recently published his autobiography, Born and Raised in Sawdust: My Journey Around the World in Eighty Years. Dr. Thigpen’s autobiography covers his inspiring tale of overcoming racial, cultural and economic barriers, and becoming an educator and leader in his field.

Born and raised in rural Sawdust, Florida, during the Jim Crow era, Dr. Thigpen always saw himself as an innovator. From an early age, he was an avid reader of the Popular Science magazine. He would build his own toys and apply his creativity to fishing, hunting, and other aspects of farm life. As a farm boy, he says, he had learned how to design and repair equipment that was necessary to maintain operations but wanted to understand the engineering concepts involved.

Dr. Thigpen was intent on pursuing higher education, as he had great aptitude for science and mathematics. He joined the U.S. Army in 1955 as a pathway to better his life and continue his education. His fascination with mechanical engineering began in 1957 when the then Soviet Union launched the earth’s first artificial satellite Sputnik-1 in 1957. He knew pursuing a degree in mechanical engineering would enable him to develop new technologies and make significant contributions in his community.

In 1964, Dr. Thigpen graduated from the mechanical engineering program at Howard University. He continued his education at the Illinois Institute of Technology, earning his master’s degree in mechanics in 1967 and Ph.D. in 1970. After obtaining his Ph.D., Dr. Thigpen worked for nearly four years at Sandia National Laboratories as a member of the Technical Staff, two years as an Assistant Professor of Civil Engineering at Lowell Technological Institute (now University of Massachusetts at Lowell), and nearly fourteen years as a Scientist at Lawrence Livermore National Laboratory.

His return to academia was in 1988, as Professor and Chair in the Department of Mechanical Engineering at Howard University, leading the department for over sixteen years. As department chair, he instituted transformative change in the curriculum for both the undergraduate and graduate programs and implemented various award programs to recognize student and faculty accomplishments. Dr. Thigpen was also a major proponent of diversity and inclusion, hiring the first female mechanical engineering faculty member Dr. Sonya T. Smith in 1995.

Under Dr. Thigpen’s leadership, the department received a $70.6 million in-kind gift from the Partners for the Advancement of Collaborative Engineering Education (PACE). It was also during his tenure as department chair that the first African American male and female mechanical engineering Ph.D. students graduated from Howard University, namely Oscar Barton, Jr. in 1993 and Aprille J. Ericsson in 1995.

Among the many awards received throughout his career were the XCaliber Award from the Virginia Polytechnic Institute and State University for Excellence in Technology-Assisted Teaching and Learning for a Global Team (2007), a Professional Achievement Award from the Illinois Institute of Technology (2006), the Howard University 2008 Faculty Senate Inspirational Interdisciplinary Project Award, the Sundstrand Aerospace Corporation 1990 Educational Outreach Award, and the 2019 Albert Nelson Marquis Lifetime Achievement Award.

As for his other professional endeavors, Dr. Thigpen was the first African American to serve as chair for the American Society of Mechanical Engineers (ASME) National Department Heads Committee. He also served as chair for the ASME Committee on Engineering Accreditation, Mid-Atlantic Region III Department Heads Committee and as a board member for the ASME Center for Education Board of Directors. On a broader scale, Dr. Thigpen has served on committees for the National Science Foundation, U.S. Department of Energy, U.S. Naval Academy, multiple universities and has authored and co-authored more than seventy articles in engineering, science and education. 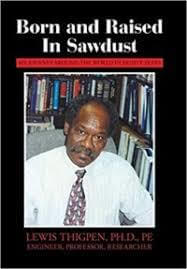 You can find his autobiography on:
Amazon
Barnes and Noble
Walmart
www.lewisthigpen.com

Alumni, College of Engineering and Architecture and Mechanical Engineering