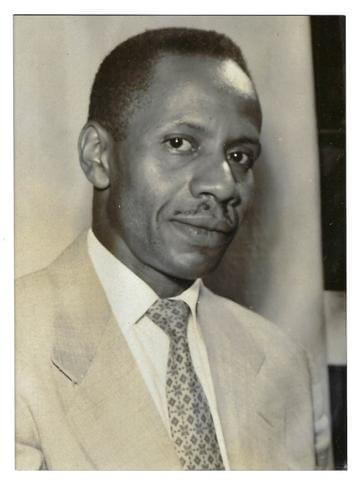 From The Dig (formerly the Howard Newsroom): 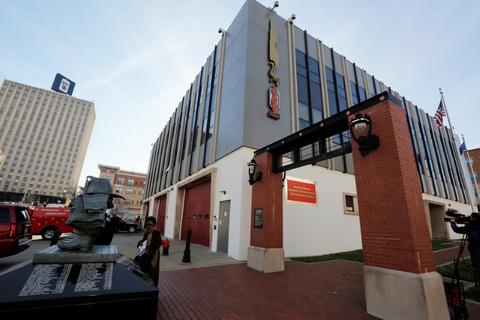 A modernist architect, Robinson designed many public structures in the city and county of Milwaukee, including commercial structures such as the civil rights-era project Central City Plaza. Robinson’s distinct contemporary work had remained under-recognized until the Milwaukee Common Council unanimously voted to rename the Milwaukee Fire Department Administration Building in his honor last year, 21 years following his death.

“Mr. Robinson’s career is impressive and exemplifies how a Howard University architectural education can impact various scales of the human environment. His works will remain an attestation of his dedication to the Milwaukee community,” said Hazel Ruth Edwards, professor and chair of the Howard University Department of Architecture.

The Milwaukee Fire Department Administration Building represents a showcase of Robinson’s love of contemporary design and his signature curvilinear architecture. The building also includes artistic railings in its stairwells. Like many modernist architects, Robinson believed that curvilinear forms of architecture helped to dissolve social boundaries, create a relaxed environment, and enhance the state of calmness and happiness for building occupants and visitors.

Robinson joined the Howard University architecture program in 1947 following his service in the United States Navy as technical sergeant during World War II. After receiving his Bachelor of Architecture degree in 1951, Robinson worked as a naval architect and was responsible for studying design proposals and specifications to design ships. He was recruited by the Milwaukee City Bureau of Bridges and Buildings as architectural designer in 1954. Robinson settled in the city and soon became a leader for the Black community.

The Pilgrim Rest Baptist Church and Central City Plaza, two of Robinson’s most prominent works, were planned and constructed during the civil rights movement. Dedicated to his community, Robinson worked with Milwaukee’s civil rights leaders as lead designer on the commercial development of their Central City Development Corporation, which later came to be known as the Central City Plaza, the first Black-developed and -owned commercial complex in the state. Robinson leveraged his position as principal in the firm DeQuardo, Robinson, and Crouch Associates to bring this project to life.

Robinson also served as the first municipal architect for the city of Milwaukee. He spent most of his career working in the public sector, although he also worked for various architecture firms and founded the first Black-owned architecture firm in Wisconsin in 1972. At the time, he remained the sole architect of color in the state. Robinson was also the first African-American to serve as the managing architect for the Milwaukee County Department of Public Works and the first Black adjunct professor to teach construction management, estimating and architectural design classes at the University of Wisconsin, Milwaukee.

Robinson is survived by his loving wife of 53 years, Theresa L. Robinson, and their four children, Wayne, Ronald, Kim and Jean.