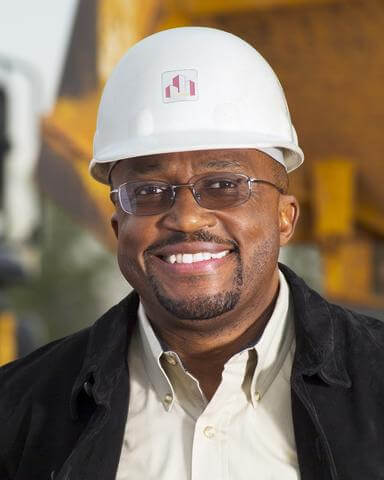 Architecture Alumnus Charles David Moody (C. D. Moody) (B.Arch. ‘81) will be the first African American to serve as president of the Associated General Contractors of Georgia (AGC). Moody will serve as 2020 President. His firm C. D. Moody Construction is “a recognized leader in the construction industry” and “has been delivering quality products since 1988”, according to the Atlanta Business Chronicle.

Moody was always inclined to build things, and he loved to build. It all began with LEGO bricks, and “growing up in the sixties”, he was fascinated by the portable drafting tables he saw the older boys transporting to and from class. He had no concept of what an architect was prior to his high school years.

A native of Chicago, Moody made the move to Ann Arbor, Michigan with his family in his early teenage years. In high school, he began taking drafting and architectural drawing classes. Despite his success in these classes, and what others would consider his niche, Moody pursued a psychology major in college because he was passionate about understanding the workings of the human mind.

With his experience in drafting blueprints from a high school internship, Moody landed his first post-college job as a draftsman upon returning home to Ann Arbor. That job indirectly led to his pursuing a degree in architecture. Moody joined Howard University in 1979 to study architecture, having already completed his Bachelor of Science in Psychology at Morehouse College.

“You see, it’s not always about where your passion lies, but rather about what you’re really good at. That is where you will be successful,” says Moody. “Allow yourself to be open to realizing your gift. You have to be real about your skill level. Simply being passionate about something doesn’t mean that you’re good at it. You’ve got to be honest with yourself.”

Moody graduated from Howard University with his Bachelor of Architecture in 1981. Moody believes in the master builder concept, that is as an architect “you are not only equipped with planning and design skills, but also carpentry and building skills.”

Moody received several offers of employment from leaders in the field, even prior to graduation. He worked as a field engineer, staff architect, and consultant before deciding to establish his own business. Moody always dreamed of having his own firm, and after working as a field engineer, he fell in love with construction. His architectural experience provided the foundation for him to become an excellent builder.

“Be careful telling people to follow their dreams,” Moody advises. “Help them find what they’re good at.”

And the key to success?

“I’ve always been smart with my money. Always lived beneath my means,” says Moody.

And of course, love.

“Love is the greatest inspiration of all time. I couldn’t afford to fail because I had a wife and two young children when I decided to start my own business.”

The C. D. Moody Studio with entrances on both the ground floor and mezzanine level is dedicated to C. D. Moody for his contributions to the Howard University College of Engineering and Architecture for which we are perpetually grateful.