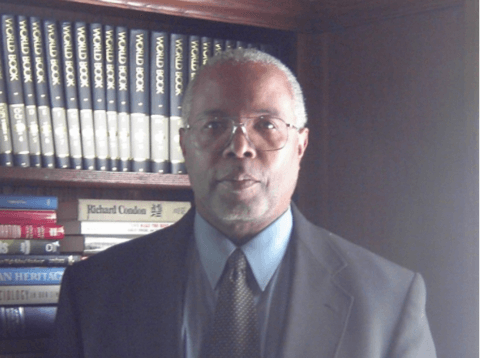 I regret to inform you of the recent passing of Professor Arthur Sanderson Paul, professor emeritus in the Department of Computer Science. Dr. Paul served at Howard University for over 38 years as a faculty member in the College of Engineering, Architecture, and Computer Science. After graduating from Presentation Brothers College in St. George’s, Grenada, Arthur Paul attended Howard University where he majored in Mechanical Engineering.

In 1981, Dr. Arthur Paul began a tenure-track appointment as an assistant professor in Urban Systems Engineering at Howard University. Dr. Paul was a catalyst in the development of the Systems and Computer Science program, the first accredited Computer Science program at an HBCU in the nation. During his 38 years at Howard University, Dr. Paul rose through the ranks to achieve the status of full professor with tenure in the Department of Systems and Computer Science. He also served as Interim Associate Provost for Research, during a time when the university was reorganizing the complex process of managing external grants and contracts, while maintaining compliance. Dr. Paul was also a co-founder of the Analysis Group, Inc., a Washington, DC based consulting firm that would receive prestigious national awards such as: Small Business Prime Contractor of the Year, and Minority Business Enterprise of the Year in 1986 and 1987.

Dr. Paul was an active member of the International Council on Systems Engineering (INCOSE), the Sigma Xi Honorary Research Society, and the Grenada Cultural and Social Association.

From all who knew him, Dr. Arthur Sanderson Paul was a brilliant individual, a humble personality, a good man, and a great friend. The university will plan on celebrating Dr. Pauls' life as a community when it is safe and appropriate.  Please keep the Paul Family in your thoughts and prayers during this difficult time.

Excellence in Truth and Service,