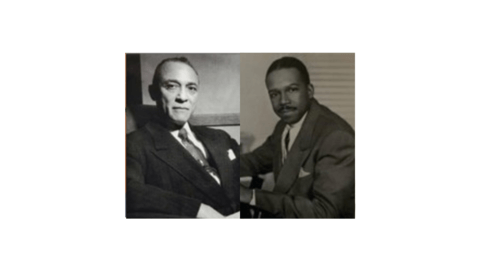 Howard University (HU) was the first university in the United States at which people of color were provided the opportunity to study engineering. Under Downing’s leadership, HU became the first HBCU to offer fully accredited engineering programs. It was Downing who broke down racial barriers in the employment of black engineers by inviting representatives from some of the nation’s largest corporations to the HU campus to observe the high-quality work of his students.

When Downing attended HU, engineering programs were offered in the College of Applied Sciences, which housed the departments of architecture, engineering, art, and home economics. The School of Engineering and Architecture was established as a separate unit of HU in 1934, appropriate to the recognition of the distinctiveness of the engineering and architecture professions. Downing returned to HU as a civil engineering instructor in 1924 and was promoted to assistant professor and acting dean after two years. Downing took a sabbatical to continue his engineering education at the University of Michigan, obtaining his master’s in engineering in 1932. He was named the first HU engineering dean in 1934.

In his forty years as engineering dean at HU, Downing received many accolades, such as honorary Ph.Ds. from the Johnson C. Smith University in 1953 and Virginia State College in 1959, being elected as a Fellow of the American Society of Civil Engineers, a member of the Washington Academy of Sciences, the American Society for Engineering Education and the National Technical Association. He was also a member of Pi Mu Epsilon, the honorary national mathematics society, Beta Kappa Chi, the national scientific honor society known as the first African American STEM Honor Society, and Alpha Phi Alpha, the first intercollegiate historically African American fraternity.

According to the Tau Beta Pi Association, Downing is believed to be the first African American Tau Beta Pi member and had a pivotal role in the remarkable growth and success of the DC Alpha Chapter at Howard University.

The Lewis K. Downing Hall, our main engineering building located at 2300 Sixth Street, NW, was built in 1952 and formally named in 1974, posthumously, in dedication to his service at Howard University and his groundbreaking work in creating pathways for engineering and architecture students of color.

Howard Hamilton Mackey joined Howard University in 1924 as a faculty member of the Department of Architecture and was named acting head of the department in 1929, after spending his summers gaining practical experience at the architectural firm of Howard H. Jefferson. Mackey took a sabbatical in 1936 to pursue his master’s in architecture at the University of Pennsylvania. When he returned to HU in 1937, he was promoted to associate professor and associate dean of the School of Architecture and Engineering, which was established that same year, also serving in the capacity of director for the architecture program.

Under Mackey’s leadership, HU became the first HBCU to have an accredited architecture program. His hard work and dedication completely transformed the Department of Architecture from an enrollment total of three students into a body of 164 students from across the globe. Mackey also increased the number of full-time instructors to three distinguished architecture faculty, Hilyard Robert Robinson, James Vernon Herring and Albert Irvin Castell, who led many architecture projects at HU, including the 1932 Master Plan, Founders Library, the gymnasium and athletic field, the Home Economics and Dining Hall Building, three women’s dormitories, the power plant, Chemistry Building, and Douglass Hall.

During his tenure of almost fifty years at HU, Mackey received many accolades, including his elevation to the College of Fellows of the American Institute of Architects in 1962 and the prestigious American Institute of Architects 1983 Whitney M. Young, Jr. Award for his influence on African American architects. Mackey was referred to by colleagues and students as “the Father of Black architects”.

A notable registered architect, Mackey was also a member of the Association of Collegiate Schools of Architecture, Architectural League of New York, American Society for Engineering Education, National Technical Association, and the board of trustees of the Council for the Advancement of the Negro in Architecture.

Mackey’s work at HU was hardly limited to the growth and development of the architecture program. He was directly involved with university leadership and led projects that enhanced the architectural aesthetics of the HU campus. He also highlighted the work of the very few registered African American architects in an exhibition at the HU art gallery, which included the work of legendary American architects Hilyard R. Robinson and Paul R. Williams.

Passionate about helping communities in need, Mackey administered a U.S. Department of State Foreign Operations Administration aided-self-help housing program in British Guiana and Surinam, during his tenure at the University of Maryland, College Park, while on a sabbatical in the 1950s. Through his private architecture practice, his efforts for the program resulted in the designing and building of approximately 4,500 low-cost homes for government public housing programs.

By 1970, Mackey had helped establish a program in city planning with a Ford Foundation grant of $400K. He retired for a second time in 1973 as dean of the School of Architecture and Planning, which is now a part of the College of Engineering and Architecture.

The Howard H. Mackey Building, located at 2366 Sixth Street, NW, which currently houses the Department of Architecture, the Office of the Dean, and many laboratories, was formally named posthumously in the late 80s.

(Read more about the success of the Tau Beta Pi DC Alpha Chapter in a feature in the Winter 2022 issue of The Bent, the publication of the Tau Beta Pi Association. In addition to Downing and Mackey’s contributions, the continued success of the chapter is greatly contributed to Walter T. Daniels, Ph.D., Irving W. Jones, Ph.D. (BSCE 1953), M. Lucius Walker Jr., Ph.D. (BSME 1957), and longtime chief advisor Robert Efimba, Ph.D., associate professor of civil and environmental engineering.)