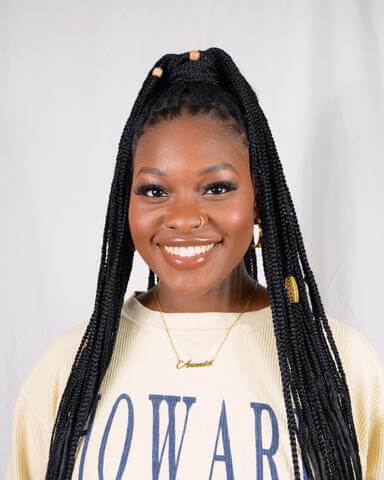 “Aiding in the development of new technology for detection of life on other planetary surfaces was incredibly rewarding. To know that I have made a contribution to both the worlds of science and engineering at an undergraduate level will be an accomplishment I will always treasure,” said Nole.

Nole’s work was instrumental in that she developed an integral component for thermal regulation of the circuit boards, which she designed using computer-aided design (CAD). A heatsink board that contacts the regulators of a circuit board to draw heat away from the highly sensitive electrical components, the component was fabricated in the lab for direct implementation.

As an aspiring mechanical engineer, Nole has been able to creatively solve problems and “push the boundaries of what is possible” along the way. Passionate about math from her early years, and introduced to CAD and physics in high school, Nole discovered that mechanical engineering incorporated these areas and allowed for her to further explore her love for art and technology.

The quality of her work at NASA JPL prompted an extension of her internship, during which she designed a casing for the spectrometer. She then integrated the spectrometer and casing into the design of a robot used for planetary exploration. Nole is grateful for the opportunity to work with a team of engineers and scientists on projects that may result in world changing discoveries.

This summer Nole plans to intern with Pratt and Whitney’s airfoil team as a mechanical design engineer. Nole was also elected by her peers to serve as Miss College of Engineering and Architecture for AY 2021-2022.

Research, College of Engineering and Architecture and Mechanical Engineering